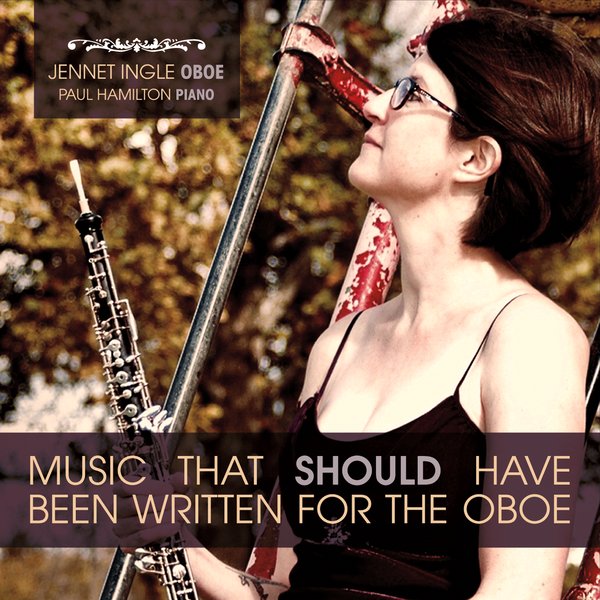 My debut CD features oboe transcriptions of the Mendelssohn Violin Concerto, the Gershwin Three Preludes, and the Bach E Major Partita.  I’ll fulfill orders for hard copies right here, and if you prefer to purchase it digitally, you can find it at iTunes and Amazon.

This album features a collection of works that I simply love. The tunes that I can’t stop humming. Whenever we play the Mendelssohn in the orchestra, I sing it for a week afterward. It’s showy in a way that I love but also so playful and so romantic and so melodic, and after some minor tweaks and rewrites I love how it fits my instrument.

I feel I have something to offer to the Bach E Major Partita. On the one hand, the music Bach has written is so perfectly mathematically paced and so perfectly suited to the violin – but on the other, the need an oboist has for air and oxygen shapes my phrasing and concept in a way that I haven’t necessarily heard from string soloists. There’s a greater sense of urgency in the move from line to line and cadence to cadence which feels human and genuine. Not to say that violinist aren’t human, or aren’t musical, or anything like that. I admire their abilities and I have heard astoundingly beautiful, patient, breathless performances that I can only envy. But there’s something new that air brings to the table. I love the Bach.

The Debussy preludes are all about color. A solo piano has a lot of colors, but not as many as a piano with an oboe. These two, in particular, felt melodic and colorful in exactly the right way for my taste…

I grew up with Gershwin playing in my home all the time. The Great American Songbook was the soundtrack of my childhood. So when I approach the Three Piano Preludes, their rich bluesy harmonies and danceable rhythms are sexier than almost anything an oboist is allowed to play traditionally, but they also feel like my childhood. There’s a safety and a security and a comfort to these pieces that I love.

The Ravel Piéce en Forme d’Habanera is the only work on this recording that isn’t my arrangement or my idea. But I just loved it too much to leave it off. Originally composed as a vocalise, or warm-up, for voice and piano, it’s been transcribed for and played by nearly every instrument. So beautiful. So sparse and colorful. It’s a great pleasure to play and I hope to listen to as well!